Posted by artshole at 4:54 PM No comments: Inspired by the BIC 10km Pencil, installation artist, Fleur Kelsey, will attempt a 10km pencil drawing in a public performance, which could last for hours.

Fleur will be joined by other artists, members of the local community and audience members who will take turns drawing until 10km of pencil line have been produced.

Fleurs’ interest was sparked by the BIC 10km Pencil and the possibilities for its use as a process based art medium. She has likened the 10km Drawing to a relay marathon, open to all.

This project will be appealing and accessible to all viewers. In a sense the work will be demystifying the artistic process, taking a private creative process and performing it in public. In a democratic way all comers are encouraged to contribute to a work of art which will be constantly changing. Mystery, intrigue and curiosity are the foundation for the work, after all, how long does a 10km drawing take to do? And what will the drawing become?

Fleur Kelsey graduated with a BFA (Painting) from Otago Polytechnic in 2006. She is an emerging artist working with ideas around children, family life, shared experiences and community practices. She currently works across the disciplines to produce paintings, drawings, sculptures and installations.

The performance will take place as part of The Dunedin Fringe, the largest fringe festival in the South Island of New Zealand. Since 2000 the Dunedin Fringe has continued to grow. The 2008 Dunedin Fringe has new dates (29 March-13 April 2008), a New hub location in front of the Otago Museum and next to the University of Otago, and a New outlook as an annual festival.

Fleur Kelsey would like to thank The Dunedin Fringe 2008, Creative New Zealand and BIC (NZ) Ltd for their assistance and support.

more info on the 2008 dunedin fringe festival is at www.dunedinfringe.org.nz Posted by artshole at 8:07 PM No comments: 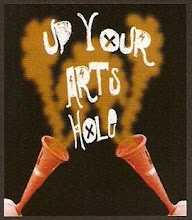 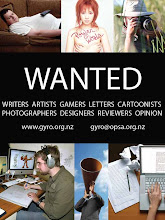